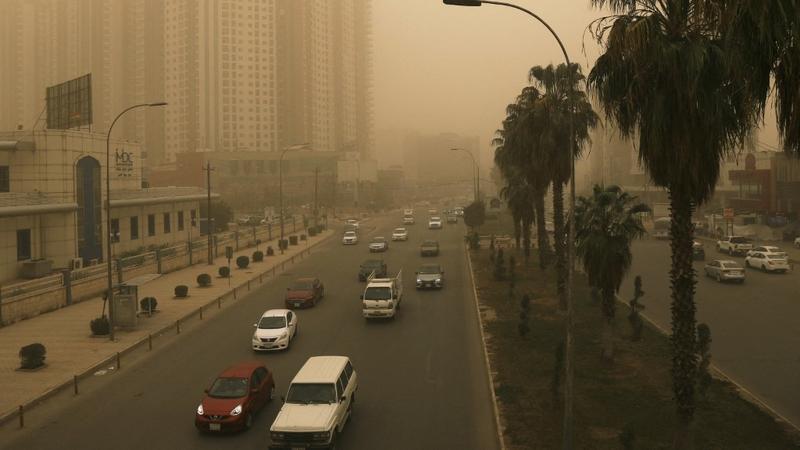 Vehicles drive along a main road during a sandstorm in Erbil, the capital of the Kurdish autonomous region in northern Iraq, on April 7, 2022. (SAFIN HAMED / AFP)

"No casualties have been reported so far," state TV said, adding that details of the attack would be announced shortly.

In March, the Guards carried out an attack against what Iranian state media described as "Israeli strategic centres" in Erbil, suggesting it was revenge for Israeli air strikes that killed Iranian military personnel in Syria. read more

The Iraqi Kurdish regional government said the attack in March only targeted civilian residential areas, not sites belonging to foreign countries, and called on the international community to carry out an investigation.