The US and Japan flags fly together outside the White House in Washington April 27, 2015. (KEVIN LAMARQUE / REUTERS) WASHINGTON – The United States and Japan on Friday signed an updated memorandum of cooperation on cybersecurity to strengthen operational collaboration, the US Department of Homeland Security said. The memorandum was signed in Washington by […]

The presence of Chinese Vice-President Wang Qishan, as a special representative of Chinese President Xi Jinping, at the inauguration ceremony of Brazilian President Luiz Inacio Lula da Silva in Brasilia on Sunday speaks volumes about the great significance China attaches to relations with Brazil. In the congratulatory message he sent, President Xi expressed China's willingness […]

Tam Yiu-chung says facilitating economic recovery and addressing social problems should top the city’s priority list. Time flies by at its own pace whether one likes it or not as we usher in 2023. In the past three years the whole world has been ravaged by the COVID-19 pandemic, with nations big and small feeling […] In this photo released on Aug 11, 2022 by the Iranian foreign ministry, ministry spokesperson Nasser Kanaani speaks in Tehran, Iran. (IRANIAN FOREIGN MINISTRY VIA AP) TEHRAN – The Iranian Foreign Ministry spokesman slammed Sunday the "baseless claims" by the director of the Central Intelligence Agency (CIA) about military cooperation between Tehran and Moscow as […] HONG KONG, Dec 16, 2022 – (ACN Newswire via SEAPRWire.com) – Guangxi University of Foreign Languages (“GUFL”) and The Hang Seng University of Hong Kong (“HSUHK”) signed a Memorandum of Understanding (“MoU”) on 30 November 2022. The MoU promotes a deeper cooperation between the two universities by integrating resources, academic strengths, research and other specialized […] This video grab taken and released on Aug 9, 2022, by the Russian Space Agency Roscosmos shows the Soyuz-2.1b rocket carrying the Khayyam satellite blasting off from a launchpad at the Baikonur Cosmodrome. (RUSSIAN SPACE AGENCY ROSCOSMOS / AFP) TEHRAN – Iran and Russia on Wednesday signed a memorandum of understanding (MoU) to expand space […] The Tianzhou 4 cargo spacecraft delivers supplies to the space station under construction in this artist's rendering. (GUO ZHONGZHENG / XINHUA) Even before the historic flight of Yuri Gagarin and Sputnik, space was an area of cooperation, as well as competition or conflict. This was so during the Cold War, and is also the case […] This photo taken on Nov 12, 2022 shows the Queen Sirikit National Convention Center in Bangkok, Thailand. The 29th Asia-Pacific Economic Cooperation (APEC) Economic Leaders' Meeting will be held in Bangkok, Thailand, on Nov 18-19. (PHOTO / XINHUA) China is the largest trading partner of Thailand, both in terms of exports and imports. And before […] Editor's note: The G20 Summit, to be held in Bali on Tuesday and Wednesday, will focus on the global health architecture, and clean energy and digital transformations. Due to the devastating economic and social impacts of the COVID-19 pandemic and the lack of many countries to address the health crisis, the summit is likely to ensure […] Chinese Premier Li Keqiang poses for a group photo with leaders attending the ASEAN, China, Japan and South Korea (ASEAN Plus Three or APT) Summit in Phnom Penh, Cambodia, Nov 12, 2022. (PHOTO / XINHUA) Since the 10 members of the Association of Southeast Asian Nations and China, Japan and the Republic of Korea formed […]

Since the establishment of diplomatic relations between China and the United States in 1979, Sino-US climate diplomacy has experienced many ups and downs. It reached a flashpoint during the Barack Obama administration, and then hit a low during the Donald Trump administration, which abandoned many of Obama's policies apart from pulling the US out of […] Iraqi army forces deploy to guard the entrance of the high-security Green Zone in the capital Baghdad on August 30, 2022 after the withdrawal of supporters of Shiite Muslim cleric Moqtada al-Sadr from the area. Members of the Sadrist faction began withdrawing from Baghdad's Green Zone on August 30 after their leader demanded fighting end […] AMMAN – Jordan and North Macedonia on Sunday agreed to strengthen cooperation in various sectors. Following their discussions in Amman, capital of Jordan, Jordanian Deputy Prime Minister and Foreign Minister Ayman Safadi and North Macedonian Minister of Foreign Affairs Bujar Osmani signed a cooperation protocol, which will be a framework for the two countries' future […]

European Union foreign policy chief Josep Borrell reiterated on Monday the EU's multifaceted approach toward China as a cooperation partner, an economic competitor and a systemic rival, but also stressed that the competition between the two sides is getting tougher. Without naming China, he said the EU should avoid turning dependency on any economy into […] (JIN DING / CHINA DAILY) The past 10 years have seen China make rapid and remarkable progress in the field of science and technology, and rigorously promote innovation. No wonder China is now one of the leading nations in the field of innovations. According to the Global Innovation Index of the World Intellectual Property Organization, […]

TOKYO, Oct 13, 2022 – (JCN Newswire via SEAPRWire.com) – Mitsubishi Heavy Industries, Ltd. (MHI) signed a Statement of Cooperation on October 10 with the State Government of South Australia aimed at accelerating development of the local hydrogen industry. By proposing diverse solutions incorporating its Groupwide products, technologies and services, MHI looks to collaborate with […] Members of the Australian Defence Force conduct a 21 gun salute during a Proclamation of Accession ceremony for Britain's King Charles III at Parliament House in Canberra, Australia on Sept 11, 2022. (MICK TSIKAS / POOL / AFP) SYDNEY – Australia wants to strike an "ambitious" security treaty with neighbor Papua New Guinea that will […] Enhanced China cooperation and strategies on industrial parks can help continent’s development (WU BOHAO / FOR CHINA DAILY) Prior to their independence, African countries missed out on several global waves of industrialization and failed to establish sound and systemic economic systems. Most countries in the continent became independent after the 1960s and implemented import substitution […] 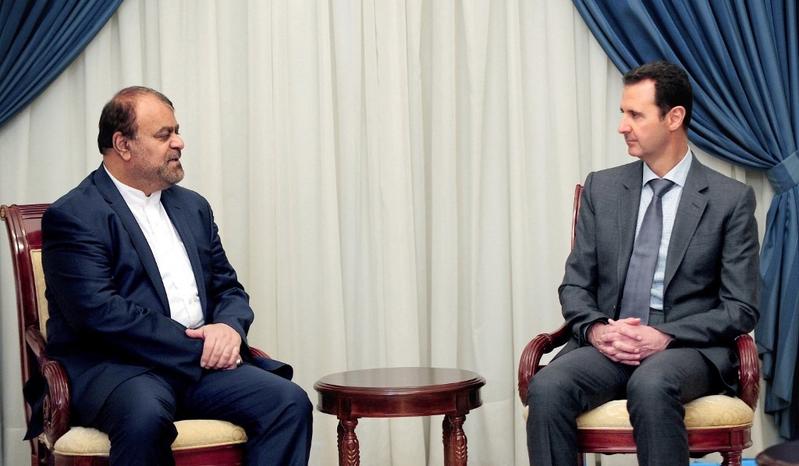 Shanghai Cooperation Organisation chooses peaceful coexistence over military might This year, the Shanghai Cooperation Organisation is celebrating 21 years of success. It has grown from a small organization to one of the most important in the world. Owing to the SCO’s success and influence, the global community is keenly watching the organization’s progress. Some are […] Washington seeks to pit Asian powers in confrontation amid bid to contain China (MA XUEJING / CHINA DAILY) The United States has made it clear that China is its biggest competitor, and the strategic competition between the two countries is setting the tone for the international landscape. Competition itself is not a bad thing, but […]