Liverpool ensured the English Premier League title race will go to the final day of the season as the under-strength quadruple chasers survived a scare to beat Southampton 2-1 on Tuesday. After Liverpool defeated Chelsea on penalties in a gruelling FA Cup final just three days earlier, Jurgen Klopp took a gamble with nine changes […] 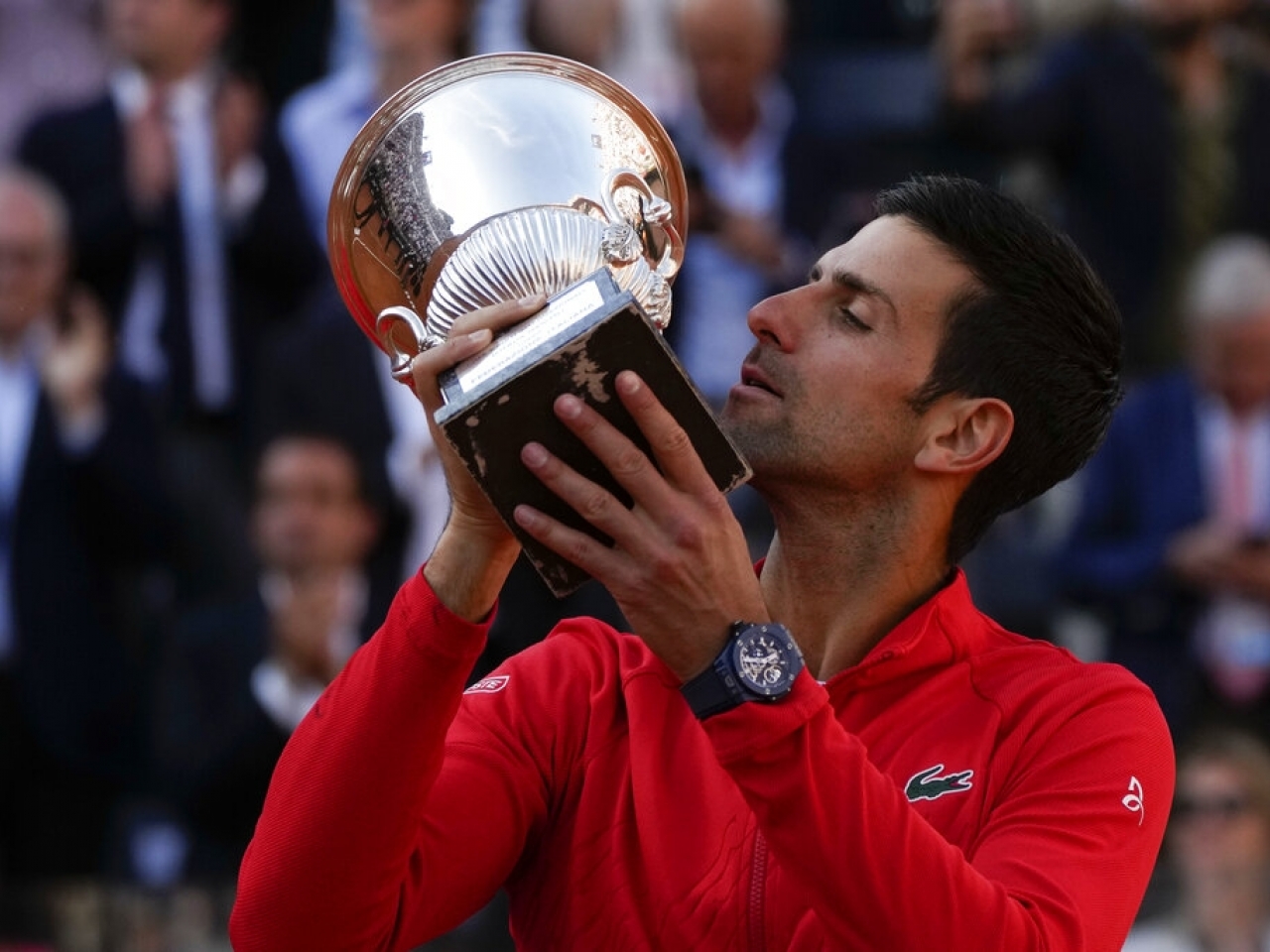 South Korea ended their 12-year wait for an Uber Cup title with a 3-2 upset of defending champions China that was only decided in the last singles match of the final in Bangkok, Thailand on Saturday. With the scores locked at 2-2, world number 46 Sim Yu-jin stunned China’s 15th-ranked Wang Zhiyi 28-26 18-21 21-8 […] Liverpool kept their Premier League title hopes alive as Sadio Mane’s winner beat Aston Villa 2-1 on Tuesday to move level on points with Manchester City at the top of the table. The Reds quickly made amends for a slow start as Joel Matip cancelled out Douglas Luiz’s opener inside six minutes. Mane’s fine header […] Rangers produced one of their greatest European performances to beat RB Leipzig 3-1 on Thursday to reach the Europa League final 3-2 on aggregate. The Scottish side will face Eintracht Frankfurt who defeated West Ham 1-0 in their semifinal second leg in Germany for a 3-1 aggregate win. For Rangers, James Tavernier and Glen Kamara […] Liverpool are on the brink of a third Champions League final in five seasons after breaking Villarreal’s resistance to win the first leg of their semi-final 2-0 at Anfield on Wednesday. Two goals in two minutes undid Villarreal boss Unai Emery’s defensive game plan as Pervis Estupinan deflected Jordan Henderson’s cross into his own net […] World number one Iga Swiatek said she was “born to fight” after battling past Liudmila Samsonova on Saturday to seal a 22nd consecutive win and book her place in the Stuttgart final. After just over three hours, Swiatek converted her first match point having broken Samsonova’s service three times in the final set to claim […] Chelsea will face quadruple chasers Liverpool in the FA Cup final after second-half goals from Ruben Loftus-Cheek and Mason Mount sealed a 2-0 win against Crystal Palace on Sunday. Thomas Tuchel’s side had to work hard to break Palace’s stubborn resistance in the semi-final at Wembley, but Loftus-Cheek’s ferocious strike put them on course for […] Rangers got revenge on rivals Celtic to reach the Scottish Cup final as Carl Starfelt’s own goal settled an intense semi-final 2-1 in the favour of Giovanni Van Bronckhorst’s men after extra-time. Celtic remain on course to win the Scottish Premiership thanks to their 2-1 win at Ibrox two weeks ago. But their hopes of […] Liverpool reached the FA Cup final as Sadio Mane’s double inspired a 3-2 win over Manchester City that kept alive their quadruple bid and shattered their rivals’ treble hopes. Jurgen Klopp’s side are chasing an unprecedented clean-sweep of the four major trophies in a single season. They remain on course to achieve that incredible target […]

The withdrawal of two eminent British judges, Lord Reed and Lord Hodge, from Hong Kong’s Court of Final Appeal sent shock waves through our legal and judicial circles. Their allegation that the local administration had departed from “values of political freedom, and freedom of expression” drew sharp rebukes from the Ministry of Foreign Affairs. The […] Opener Alyssa Healy smashed a record 170 as Australia routed England by 71 runs to claim their seventh Women’s World Cup win in Christchurch on Sunday. Healy’s belligerent 138-ball innings, the highest total in a World Cup final, helped Australia set a mammoth victory target of 357 at Hagley Oval which proved beyond the defending […] England continued their fairytale revival at the Women’s World Cup Thursday when Danni Wyatt’s century set up a 137-run semi-final thrashing of South Africa to set up a final showdown with Australia. Wyatt’s outstanding 129, aided by five dropped catches and supported by Sophia Dunkley’s 60, saw England post an imposing 293 for eight off […] Sweden are through to a World Cup qualifying play-off final against Poland next week after an extra-time strike by Robin Quaison gave them a 1-0 win over the Czech Republic in Solna on Thursday. Quarter-finalists in 2018, Sweden got their winner in the 110th minute as Saudi Arabia-based Quaison finished after a one-two with Alexander […] People walk past Palais Coburg, where closed-door nuclear talks take place in Vienna, Austria, Dec 17, 2021. (MICHAEL GRUBER / FILE / AP) TEHRAN – Iran said on Thursday that the Vienna talks on reviving the 2015 nuclear deal are in the "final critical steps." "Nobody can say the deal is done, until all the […] Liverpool won the League Cup final in dramatic fashion as Chelsea goalkeeper Kepa Arrizabalaga missed the decisive penalty to give the Reds an 11-10 shoot-out victory after a pulsating 0-0 draw at Wembley on Sunday. Jurgen Klopp’s side clinched their first domestic knockout prize since the 2012 League Cup when Kepa blazed his spot-kick high […] Russia was stripped of the Champions League final by Uefa on Friday with St Petersburg replaced by Paris after Russia’s attack on Ukraine drew punitive measures in the sporting world. The showpiece final in the European men’s football season will still be held on May 28 but now at the 80,000-seat Stade de France in […] Uefa will hold an emergency meeting on Friday with this season’s Champions League final in Saint Petersburg set to be at the top of the agenda as European football’s governing body said it “strongly condemns” Russia’s military attack on Ukraine. “Uefa shares the international community’s significant concern for the security situation developing in Europe,” it […] Xu Mengtao finally claimed Olympic gold when she triumphed in a dramatic final of the freestyle skiing women’s aerials on home snow on Monday, producing a spectacular jump as most of her main rivals faltered. Xu, the Sochi silver medallist and current World Cup leader, nailed a 108.61 effort to edge ahead of defending champion […] 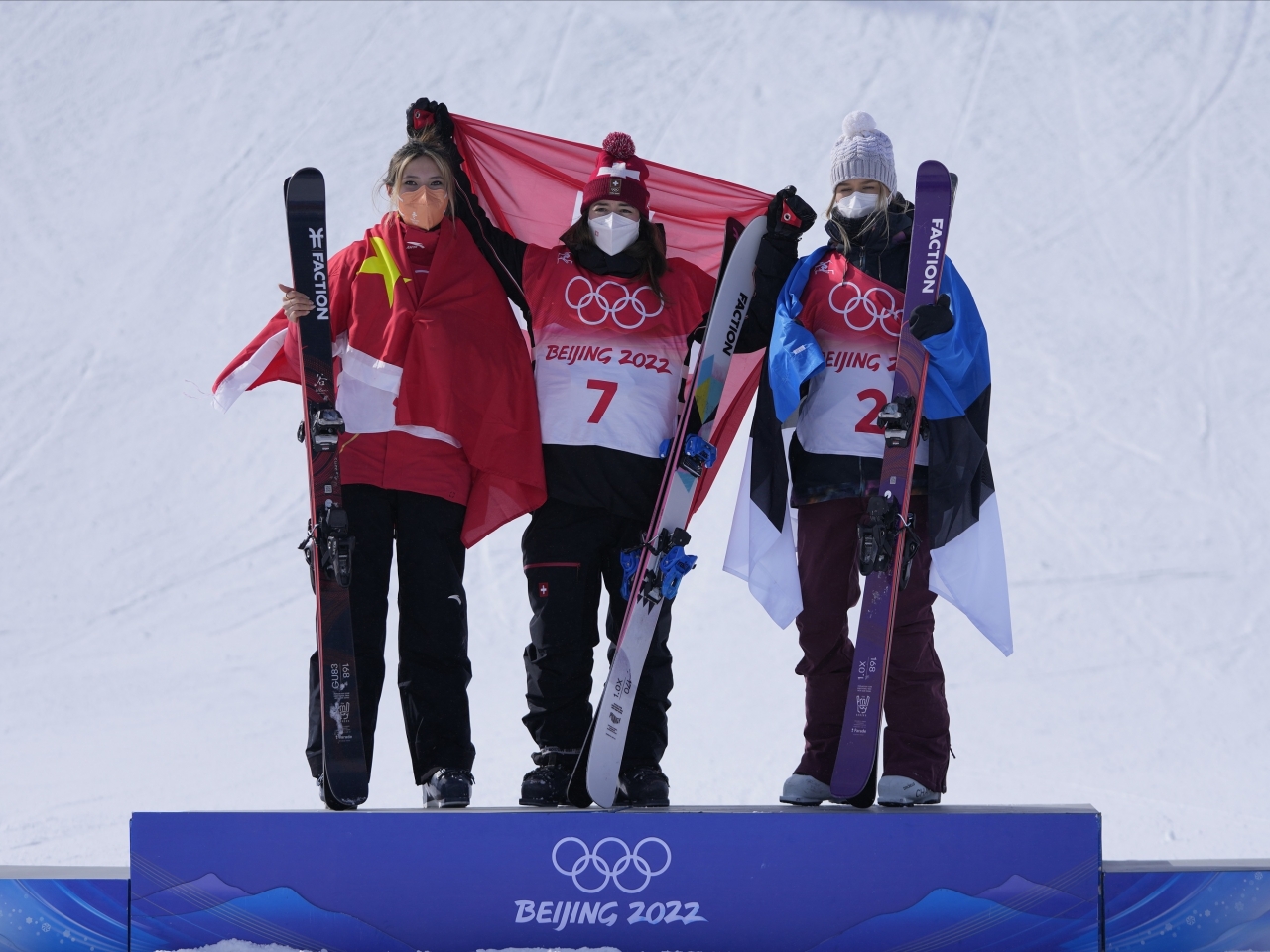 Switzerland’s Mathilde Gremaud won gold in the women’s freeski slopestyle at the Beijing Olympics on Tuesday, while China’s home favourite Ailing Eileen Gu was roared on by fans in the final but had to settle for silver. China’s “Snow Princess” Gu went all out from the beginning, landing a double cork 1080 with the Japan […] Romelu Lukaku scored a much-needed goal as Chelsea beat Saudi Arabia’s Al Hilal 1-0 on Wednesday to advance to the Club World Cup final against South American champions Palmeiras. Chelsea’s club-record signing had failed to score in five games before arriving in Abu Dhabi, and the Blues are looking for the 28-year-old to find his […] Captain Wang Shanshan scored a late equaliser as China edged out holders Japan 4-3 on penalties to reach their 11th Women’s Asian Cup final on Thursday. The epic semi-final ended 2-2 after extra time and Chinese goalkeeper Yu Zhu saved the first and fifth penalty in Pune to eye a record-extending ninth title. They will […] Senegal are through to a second consecutive Africa Cup of Nations final after breaking Burkina Faso hearts in their last-four tie in Yaounde on Wednesday, Abdou Diallo, Idrissa Gana Gueye and Sadio Mane scoring second-half goals to secure a 3-1 victory. Africa’s top-ranked national team, Senegal will find out their opponents in Sunday’s final on […] Daniil Medvedev will play Rafa Nadal for the Australian Open title on Sunday after a stirring victory over Greek fourth seed Stefanos Tsitsipas in the semi-final on Friday. The Russian world number two reached the Australian Open decider for the second year in succession by defeating Tsitsipas 7-6(5) 4-6 6-4 6-1. Should Medvedev defeat the […] Jurgen Klopp saluted “world-class” Diogo Jota after the Portugal forward fired Liverpool into the League Cup final against Chelsea with a double in Thursday’s 2-0 win at Arsenal. Jota put Liverpool on course for Wembley with a first half strike and he clinched their berth with a late second goal in the semi-final second leg. […] Chelsea reached the League Cup final with a 1-0 win at Tottenham as Antonio Rudiger’s goal and three VAR decisions helped the Blues seal a 3-0 aggregate success on Wednesday. Rudiger’s first half header ensured Chelsea pressed home the advantage they had earned with a 2-0 win in the first leg last week. Thomas Tuchel’s […] Tottenham suffered one of the most embarrassing results in their history as Antonio Conte’s men were beaten 2-1 by Slovenian minnows NS Mura in the Europa Conference League on Thursday. Spurs will now likely have to beat Rennes at home in their final group game to avoid crashing out of Europe’s third-tier competition. And they […] Gareth Southgate has been rewarded with a two-year contract extension after leading England to the final of Euro 2020, the Football Association announced on Monday. Southgate, who also masterminded a run to the semi-finals at the 2018 World Cup in Russia, has transformed his team into serious contenders at major tournaments after years of underachievement. […] Matthew Wade and Marcus Stoinis stood unbeaten in a six-hitting feast to lead Australia into the Twenty20 World Cup final with a five-wicket win over Pakistan on Thursday. Chasing 177 for victory, Australia were in trouble at 96-5 when Stoinis (40) and Wade, who hit the winning six in his 41, put on 81 runs […] England have been ordered to play their next two home games in Uefa competition without supporters present after disturbances during their Euro 2020 final against Italy at Wembley in July, European soccer’s governing body said in a statement on Monday. The ban on fans attending the second game has been suspended for a probationary period […]