Four-time champions Ghana were eliminated from the Africa Cup of Nations after crashing 3-2 to minnows Comoros in Group C on Tuesday in Garoua. The Black Stars had captain Andre Ayew sent off after 25 minutes and, after wiping out a two-goal deficit, lost when Comoros’ Ahmed Mogni scored his second goal five minutes from […] Newcastle’s miserable season on the field sunk to a new low on Saturday as they were dumped out of the FA Cup 1-0 by third-tier Cambridge, while non-league sides Kidderminster and Boreham Wood also booked their places in the fourth round. Chelsea scored four times in the first 40 minutes in a 5-1 demolition of […] 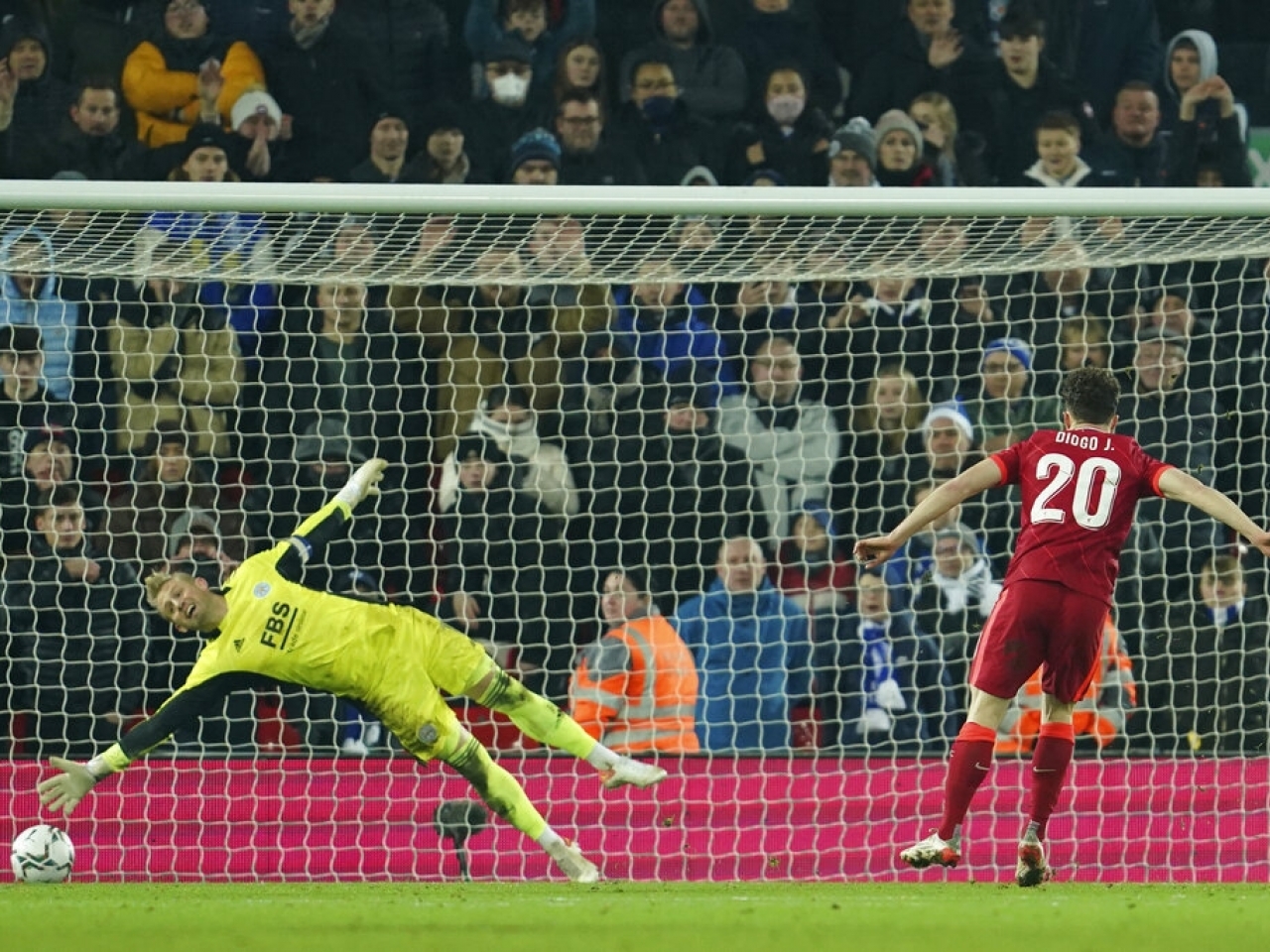 Liverpool came from two goals down to beat Leicester on penalties after a pulsating League Cup quarter-final ended 3-3 at Anfield as Tottenham and Chelsea also made the semi-finals on Wednesday. Spurs were 2-1 winners over West Ham and will face Chelsea in the last four after they needed two late goals to see off […] Eddie Nketiah scored a hat-trick as a much-changed Arsenal marched into the League Cup semi-finals by beating Sunderland 5-1 on Tuesday. The 22-year-old striker is out of contract at the end of the season and gave potential suitors in the January transfer window a reminder of his predatory prowess in front of goal. Nicolas Pepe […] Everton struck twice in the final 11 minutes to end an eight-game winless run with a 2-1 victory over Arsenal that lifts the pressure on manager Rafael Benitez. Another night of frustration looked in store for the Toffees as Richarlison had two goals marginally ruled out by VAR for offside either side of Martin Odegaard’s […] The Netherlands clinched the final automatic place in European qualifying for the 2022 World Cup as late goals from Steven Bergwijn and Memphis Depay sealed a 2-0 win over Norway on Tuesday, with Turkey and Ukraine grabbing play-off spots. The Dutch, with injured coach Louis van Gaal watching from the stands in Rotterdam, only needed […] European champions Italy missed out on automatic qualification for next year’s World Cup after being held to a goalless draw by Northern Ireland in Belfast on Monday, ceding top spot in Group C to Switzerland who beat Bulgaria 4-0. The Italians needed to match Switzerland’s result to qualify directly but while Roberto Mancini’s side could […] Cristiano Ronaldo’s hopes of playing in a record-equalling fifth World Cup hang in the balance after Serbia stunned Portugal 2-1 in Lisbon to qualify for the 2022 World Cup. Spain and Croatia did secure their places in Qatar on Sunday thanks to 1-0 wins over Sweden and Russia respectively. Ronaldo already holds the record of […] Shell-shocked Bayern Munich suffered their heaviest defeat in the German Cup Wednesday when their star-studded team was thrashed 5-0 at Borussia Moenchengladbach. Full-strength Bayern conceded the first goal after just 71 seconds and were 3-0 down with 21 minutes played. It was the first time for 27 years Bayern have conceded so many goals so […] Mohamed Salah hit a hat-trick as Liverpool humiliated Manchester United, romping to a stunning 5-0 victory at Old Trafford in the Premier League on Sunday that leaves Ole Gunnar Solskjaer’s future in serious doubt. United were 4-0 down at halftime for the first time in the Premier League after shambolic defending and the sense of […] Manchester City delivered a dominant Champions League performance to sweep past Club Brugge 5-1 on Tuesday and re-emphasise their status as major contenders for a first European title. Joao Cancelo gave City a deserved lead on the half-hour and Riyad Mahrez converted a penalty just before the break as Pep Guardiola’s side bounced back in […] Harry Kane scored his first Premier League goal of the season as Tottenham Hotspur overcame Newcastle United 3-2 at St James’ Park on Sunday to prolong the hosts’ winless run in a match that was briefly halted after a fan collapsed in the crowd. Newcastle, spurred on by a buoyant atmosphere in their first game […] A Timo Werner double on Monday helped Germany stamp their ticket for the 2022 World Cup with a 4-0 win over North Macedonia, but Belgium will have to wait until next month after Wales carved out a narrow win in Estonia. Hansi Flick’s men avenged a shock 2-1 home loss to the Macedonians earlier this […] Kylian Mbappe fired France to Uefa Nations League glory on Sunday after netting the winner which completed a comeback from a goal down to beat Spain 2-1 in Milan. Mbappe struck with 10 minutes remaining to win the title for world champions France after Karim Benzema had levelled just two minutes after Mikel Oyarzabal put […] Theo Hernandez shot France into a Nations League final with Spain on Thursday with a last-gasp strike which earned Les Bleus a thrilling 3-2 win from two goals down against Belgium. AC Milan full-back Hernandez netted his first France goal in the 90th minute of his second international appearance after France had come back from […] Elton Jantjies nailed a penalty after the final hooter as world champions South Africa snapped a three-game losing streak to stun New Zealand 31-29 on Saturday in a Rugby Championship thriller. Damian de Allende and Makazole Mapimpi scored tries in the gutsy win as they bounced back from 20-14 behind at half-time, with the lead […] Rampant England eased past Hungary in Budapest Thursday with a second-half four-goal barrage that propels Gareth Southgate’s men toward qualification for the 2022 World Cup in Qatar after a tie marred by abusive fan behaviour. After a first half bereft of shots on target, Raheem Sterling broke the deadlock with a clipped shot 10 minutes […] Barcelona started life without Lionel Messi by defeating Real Sociedad 4-2 in their La Liga opener at the Camp Nou on Sunday even if fans admitted it felt like “a leap into the unknown”. Captain Gerard Pique gave them a 19th minute lead with his 50th goal for the club. Martin Braithwaite found the net […]

A 14-man Australia edged France 33-30 to win a thrilling third rugby Test and take the series 2-1 in Brisbane on Saturday. With the scores locked at 30-30 in the closing stages of an evenly fought Test, Australian flyhalf Noah Lolesio kicked a crucial penalty to put the Wallabies ahead with two minutes remaining. The […]