Attendees of the 55th ASEAN (the Association of Southeast Asian Nations) Foreign Ministers' Meeting pose for a group photo in Phnom Penh, Cambodia, on Aug 3, 2022. (LY LAY / XINHUA) PHNOM PENH – The Regional Comprehensive Economic Partnership (RCEP) free trade agreement would be a key contributor to the recovery strategy of the Association […] A woman jogs past a four-legged robot called Spot, which broadcasts a recorded message reminding people to observe safe distancing as a preventive measure against the spread of the COVID-19 novel coronavirus, during its two-week trial at the Bishan-Ang Moh Kio Park in Singapore on May 8, 2020. (ROSLAN  RAHMAN / AFP) SINGAPORE – After […] 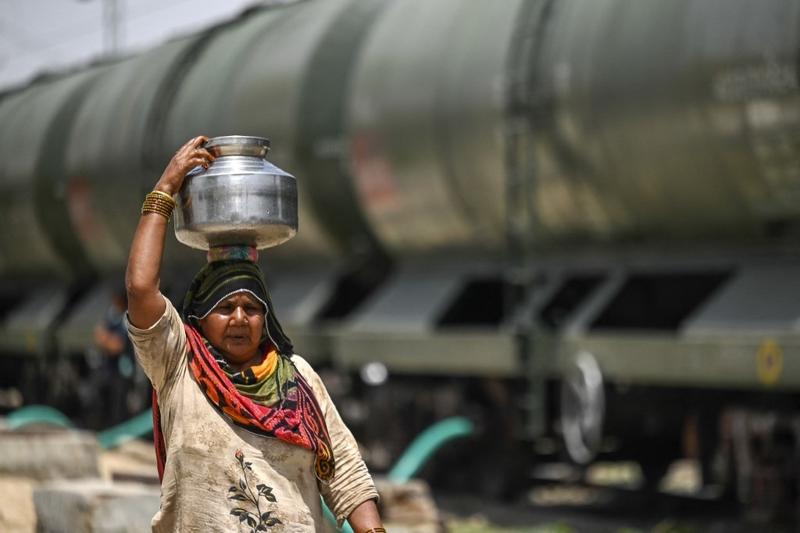 This photograph taken on May 11, 2022 shows a woman carrying a pitcher filled water supplied by a special train on a hot summer day in Pali, India. (PRAKASH SINGH / AFP) NOIDA, India – As the scorching sun beat down on his fruit cart, Mohammad Ikrar dreaded another day of tossing out dozens of […] A missile from Israel's Iron Dome air defense system, designed to intercept and destroy incoming short-range rockets and artillery shells, lights the sky in the central Gaza Strip, April 21, 2022. (SAID KHATIB / AFP) GAZA – Israel carried out air strikes in central Gaza before dawn on Thursday after a rocket launched from the […] Experts blame Biden’s domestic troubles, Russia-Ukraine conflict for setback, but hope lingers for deal revival   Photo taken on Dec 3, 2021 shows a meeting of the Joint Commission on the Joint Comprehensive Plan of Action in Vienna, Austria. The meeting was about talks on the nuclear issue of Iran. (EU DELEGATION IN VIENNA / HANDOUT […] In this file photo taken on Nov 3, 2021, an activist holds a poster before submitting a memorandum to parliament in protest at the impending execution of Nagaenthran K. Dharmalingam, sentenced to death for trafficking heroin into Singapore, in Kuala Lumpur. (MOHD RASFAN / AFP) SINGAPORE – A Singapore court rejected on Tuesday an appeal […] People wearing protective face masks walk along the Orchard Road shopping area in Singapore on Nov 28, 2021. (ANNABELLE LIANG / AP) SINGAPORE – Atar Sandler arrived in Singapore in 2019, seizing the opportunity to live in a buzzing global city that is also a convenient base to jet off to more exotic locales nearby. […] A resident paddles a wooden boat around houses surrounded by floodwaters in the town of Ilagan in Isabela province, north of Manila on Nov 14, 2020, two days after Typhoon Vamco hit parts of the country bringing heavy rains and flooding. (BILL VISAYA / AFP) MANILA – Philippine authorities moved thousands of residents of the […]

Since becoming a China Daily reporter in 2009, I've seen many events that most people may never witness in their lifetimes. I was at the scene of terrorist attacks in the Xinjiang Uygur autonomous region in 2013 and felt the pain they brought to people from all ethnic groups. I wept with a mother from […]

A woman walks along a deserted street after the government imposed travel restrictions and weekend lockdown to curb the spread of the Covid-19 coronavirus in Colombo on May 22, 2021. (ISHARA S. KODIKARA / AFP) As Sri Lanka struggles under the weight of a “lethal” variant of the coronavirus and the consequent surge of infections, […]

Forces loyal to Yemen's Huthi rebels carry coffins of fighters killed in battles with Saudi-backed government troops in the Marib region, during a mass funeral held on March 23, 2021 outside Sanaa's Al-Saleh mosque. (MOHAMMAD HUWAIS / AFP) In Washington and Riyadh, there’s growing momentum behind efforts to end Yemen’s war. But in the mountains […]

A health worker gives the first-time dose of COVID-19 coronavirus vaccine to a woman, part of the 65 years and older tier, at a school being used as a vaccination site in Yangon on February 5, 2021. (STR / AFP) Despite ongoing social and political unrest, Myanmar’s efforts to prevent and control the spread of […]

Want to finally make good on that resolution to read more books? Take a look at some of the new releases that we’re looking forward to reading in 2021. After finally saying goodbye to 2020, we’re determined to stay hopeful for what 2021 may bring. One thing we know for sure is that the new […]