Turkish President and Leader of the Justice and Development (AK) Party Recep Tayyip Erdogan speaks during the his party's group meeting at the Turkish Grand National Assembly in Ankara on Feb 1, 2023. (PHOTO / AFP) ANKARA – Türkiye looks positively on Finland's application for NATO membership, but does not support Sweden's bid, Turkish President […] Plain-clothed policemen and laborers remove debris beside a damaged mosque following January's 30 suicide blast inside the police headquarters in Peshawar on Feb 1, 2023. (PHOTO / AFP) PESHAWAR, Pakistan – Police investigating a suicide bombing that killed more than 100 people at a Pakistan mosque said on Tuesday that several people had been arrested, […] This handout photo taken on June 21, 2022 and provided by the Korea Aerospace Research Institute shows South Korea's homegrown space rocket Nuri launching from the Naro Space Center in the southern coastal village of Goheung. (PHOTO / AFP) SEOUL – Firefighters have extinguished a fire at a South Korean space center during a test […] 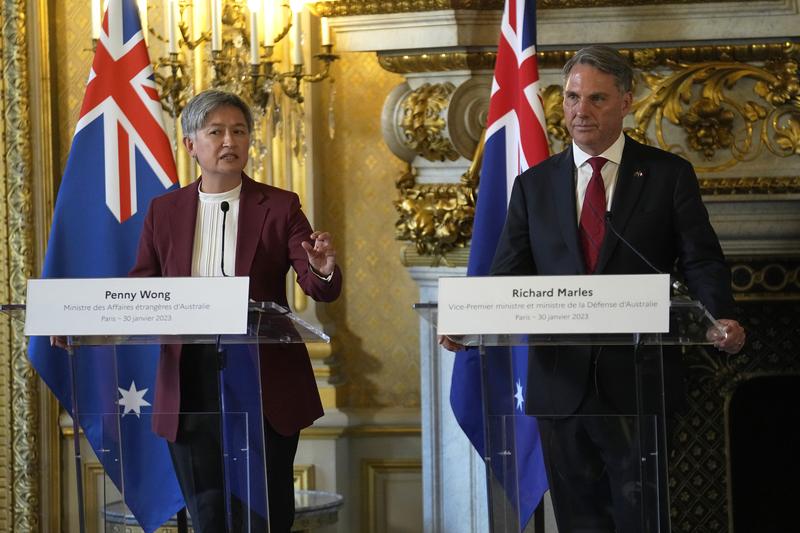 A woman wearing a mask and face shield washes her hands on a roadside in Yangon, Myanmar, Aug 26, 2020. (PHOTO / XINHUA) YANGON – Myanmar extended its COVID-19 preventive measures until Feb 28, the state-run media citing the Central Committee on Prevention, Control and Treatment of COVID-19 reported on Wednesday. The extension applies to […] SINGAPORE, Feb 1, 2023 – (ACN Newswire via SEAPRWire.com) – ACROMETA Group Limited [SGX: 1CH1] today announced that with effect from 30 January 2023, it has appointed Mr Levin Lee Keng Weng as Executive Chairman and Director of the Board. Mr Lee brings with him a wealth of experience in business and an enviable track […]

ZURICH, SWITZERLAND, Feb 1, 2023 – (ACN Newswire via SEAPRWire.com) – The international securitization specialist GenTwo celebrates its 5th anniversary and looks back on a fast-paced development. In 2022 the number of new products increased by 60% and international business doubled. The business momentum of GenTwo and its subsidiary GenTwo Digital has progressively picked up […]

SINGAPORE, Feb 1, 2023 – (ACN Newswire via SEAPRWire.com) – Society Pass Incorporated (“SoPa”) (Nasdaq: SOPA), Southeast Asia’s (SEA) next generation, data-driven, loyalty, fintech and e-commerce ecosystem, today announces that its Board of Directors has approved a stock repurchase program authorising the repurchase of up to US$2 million of its common stock, commencing on 01 […]

TOKYO, Feb 1, 2023 – (JCN Newswire via SEAPRWire.com) – Mitsubishi Heavy Industries, Ltd. (MHI) received the “Awards for Excellence” at the 2022 Nikkei Excellent Products and Services Awards sponsored by Nikkei Inc., for its compact CO2 capture system developed for wide range of industries. The awards ceremony was held today at The Okura Tokyo […] This June 20, 2021 photo shows a Yemeni fighter backed by the Saudi-led coalition fires his weapon during clashes with Houthi rebels on the Kassara frontline near Marib, Yemen. Rashad al-Alimi, chairman of Yemen's Presidential Leadership Council (PLC) on Jan 31, 2023 discuss with a European diplomatic delegation the ongoing regional and international efforts to […] In this photo provided by the Department of Fire and Emergency Services, its members search for a radioactive capsule believed to have fallen off a truck being transported on a freight route on the outskirts of Perth, Australia on Jan 28, 2023. (PHOTO / AP) MELBOURNE – Australian authorities on Tuesday sent out more personnel […]

KUALA LUMPUR, Feb 1, 2023 – (ACN Newswire via SEAPRWire.com) – Malaysia recorded a robust 21% year-on-year growth in e-recruitment activity in December ’22 compared to the same month a year ago, according to the foundit Insights Tracker (fit), formerly published as Monster Employment Index (MEI). The growth is attributed to the country easing travel […]

TOKYO, Feb 1, 2023 – (JCN Newswire via SEAPRWire.com) – Fujitsu will reveal how innovative open-network technologies and secure network solutions are creating new possibilities for a more sustainable world at MWC Barcelona 2023, the world’s largest mobile industry exhibition. This year’s showcase will focus on the theme of “Opening innovation for people and the […] Security personnel and rescue workers prepare to search for the blast victims in the debris of a damaged mosque inside the police headquarters in Peshawar on Jan 30, 2023. (PHOTO / AFP) PESHAWAR, Pakistan – Distraught relatives thronged hospitals in Pakistan's Peshawar on Tuesday to look for their kin a day after a suicide bombing […]